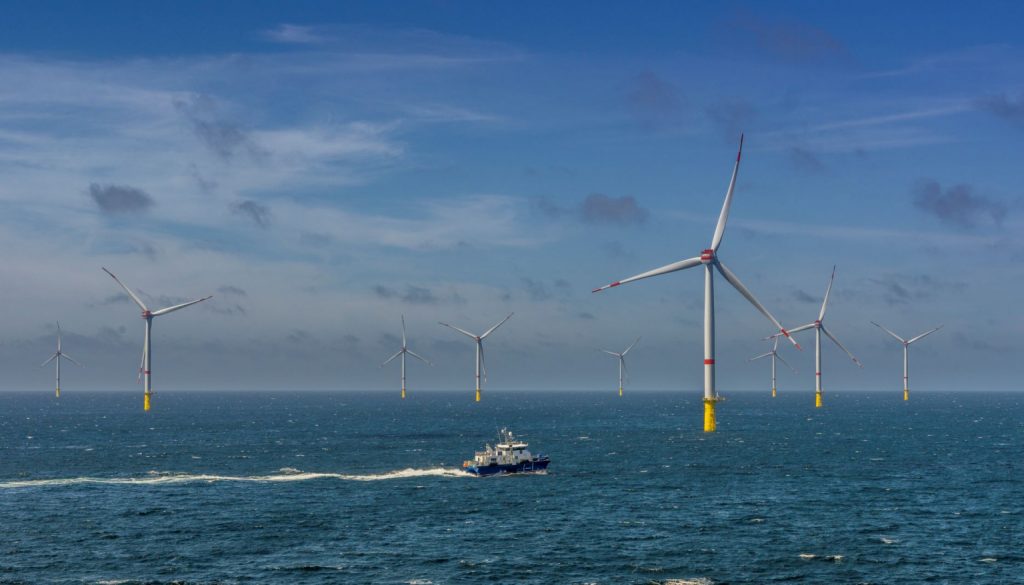 In July 2021, the Blue Economy CRC, CSIRO, the Institute for Sustainable Futures, Saitec Offshore and the Maritime Union of Australia released a research report on the potential of Australia’s offshore wind. This article is reposted with kind permission from the Blue Economy Cooperative Research Centre (CRC)

The Offshore Wind Energy in Australia report has called for renewed consideration of the substantial contribution that offshore wind can make to Australia’s future clean energy mix.

Offshore wind is booming globally, with the International Energy Agency viewing offshore wind as one of the big three sources of clean energy alongside solar and onshore wind. Australia is yet to fully capitalise on its potential to harness our capacity in this new energy resource.

“Offshore wind has the potential to contribute to the energy system through higher-capacity factors and diversity of energy supply. This is particularly important under ‘energy superpower’ scenarios, including mass electrification and hydrogen production,” says Project Leader, Mark Hemer of CSIRO and the Blue Economy CRC.

The report identified good sites for offshore wind in Queensland, New South Wales, Victoria, Tasmania, South Australia and West Australia, which were close to transmission grids and had high-capacity factors.

At critical sites for energy generation, such as Newcastle (NSW), Gippsland (VIC) and Gladstone (QLD), there were strong winds offshore at times of low onshore wind and solar generation. A mix of renewables will help maintain a consistent, reliable supply in future high-penetration renewable energy scenarios.

“Australia has world class offshore wind resources, equivalent to or better than seen internationally where offshore wind has proven itself commercially. Our modelling found many excellent sites where the resource can complement existing renewable generation,” says Sven Teske, Associate Professor at Institute for Sustainable Futures, University of Technology, Sydney.

This means offshore wind can upscale rapidly as coal plants close and the energy transition accelerates, reducing the need for lengthy and complex investments in transmission. In the UK the costs of onshore and offshore wind are expected to be similar by 2030.

The report was part of the Offshore Wind Potential for Australia project, which evaluated the feasibility and potential of offshore wind to contribute to Australia’s energy needs and identified barriers to its large-scale development.

“Offshore wind has been an important source of alternative employment as Europe transitions to clean energy, especially the offshore oil and gas sector where the skills are often highly transferrable. Offshore wind can play an important role in a ‘just transition’ in Australia,” he says.

The project brought together expertise from CSIRO, Australia’s National Science Agency; the Institute for Sustainable Futures, University of Technology Sydney; Saitec Offshore; and the Maritime Union of Australia with contributions from the Electrical Trades Union, Australian Manufacturing Workers’ Union and Australian Council of Trade Unions.

The Blue Economy Cooperative Research Centre (CRC) was established and is supported under the Australian Government’s CRC Program, grant number CRC-20180101. The CRC Program supports industry-led collaborations between industry, researchers and the community.

Top photo: a render of a potential offshore wind farm (Credit: Star of the South)