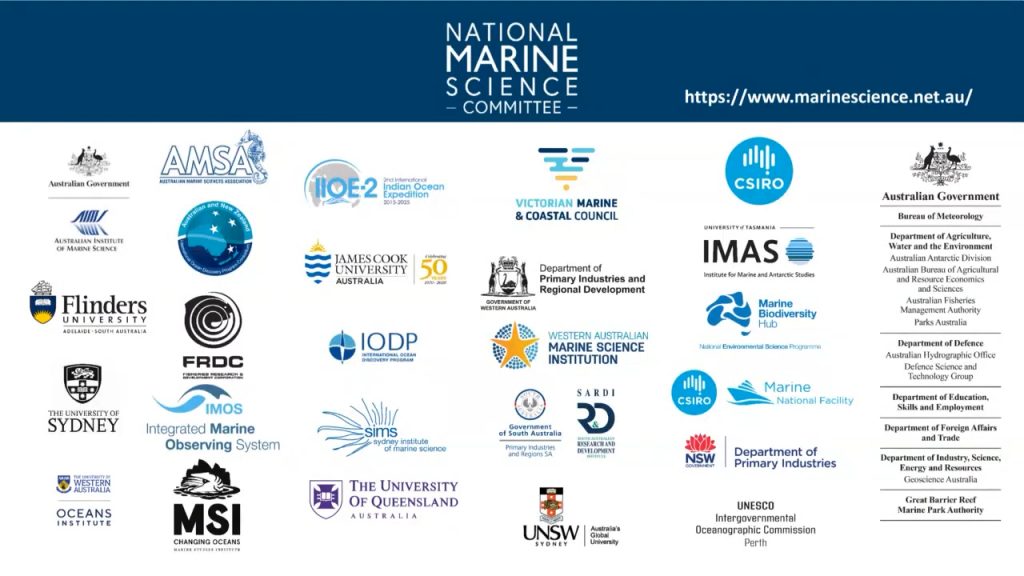 The report was also distributed to federal parliamentarians and highlighted by an article in The Conversation: “Australia’s marine industries deliver $80b a year. But without more scientists, the ‘blue economy’ is at risk.”

NMSC Chair Toni Moate said she was proud to launch the report, which showcased the important work by Australia’s marine science and research community in protecting the country’s oceans and coasts.

“While our community is already doing incredible work, it has become increasingly clear that there are growing pressures on our marine environment,” Ms Moate said.

“These new emerging priorities drove the need for us to produce The Midway Point report, and I’m proud that in doing this, we have developed a roadmap for how marine science can contribute to a prosperous and healthy blue economy.”

The Midway Point is a review and progress update of the National Marine Science Plan 2015–2025. The NMSC launched this decadal plan for developing Australia’s blue economy in 2015.

The Midway Point celebrates the Plan’s achievements so far, highlights increasing threats and new opportunities, and identifies next steps for driving the Plan’s success. It also aligns with the global efforts — such as the UN Ocean Decade —  to sustainably manage our oceans and harness the economic, environmental and social benefits of a strong blue economy.

Watch the 1 hour launch below.