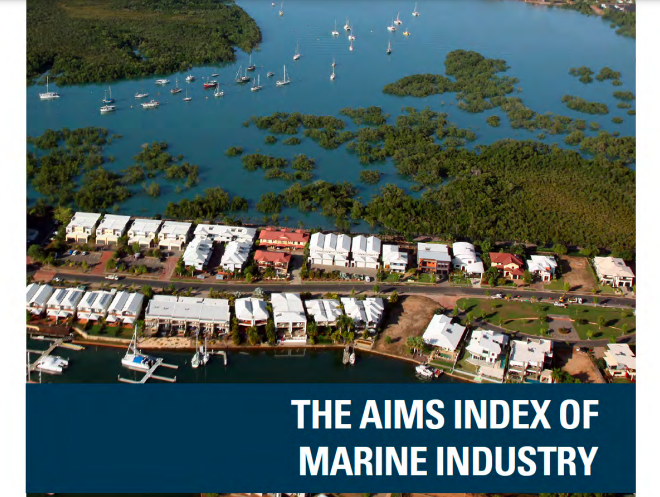 The AIMS Index of Marine Industry was developed to provide a biennial update of the economic value of Australia’s marine environment. Now in its sixth edition, the AIMS Index follows a considered approach to reliably estimating the economic contribution of the Australian marine industry.

According to the latest figures, the blue economy has more than doubled in the last ten years. Energy resources industries — including petroleum, LPG, and LNG — make up a significant portion of marine-based economic activity. A steady increase in economic contribution by the marine tourism and recreation sub-sectors also influenced the calculated growth.

“This is great news for the Australian economy and further evidence that a coordinated effort by Australia’s marine research community is vital for our future,” said Chair of Australia’s National Marine Science Committee (NMSC), Tim Moltmann.

Sustained economic growth of the ‘blue economy,’ or the Australian marine industries sector, is far exceeding that of the national economy. According to the latest figures, marine industries account for 4.8% of national Gross Domestic Product and directly and indirectly provides almost 40,000 jobs.

The AIMS Index of Marine Industry assesses the economic contributions made by fishing, offshore oil and gas exploration and extraction, boat and ship building, repair and maintenance services and infrastructure, marine tourism and recreational activities, and water transport.

Its total economic value is measured by the value-add that marine industries generate directly, plus the indirect contribution made to other industries.

In total, Australia’s marine industries contributed $42.0 billion to value-add in 2013-14, with a further indirect $32.2 billion of value added in other industries.

The AIMS report refers to the National Marine Science Plan 2015-2025 as providing a decadal plan to focus investment and science to fulfil the blue economy’s potential.

“The breadth and collective strength of Australia’s marine research capability will serve to continue growth in Australia’s blue economy.”

In addition to the contribution from existing activities and industries such as tourism, ports, transport, shipbuilding, offshore oil and gas, aquaculture and wild fisheries, the plan identifies opportunities for further economic gains from biotechnology, wind, wave and tidal energy and innovation-based growth in established sectors.