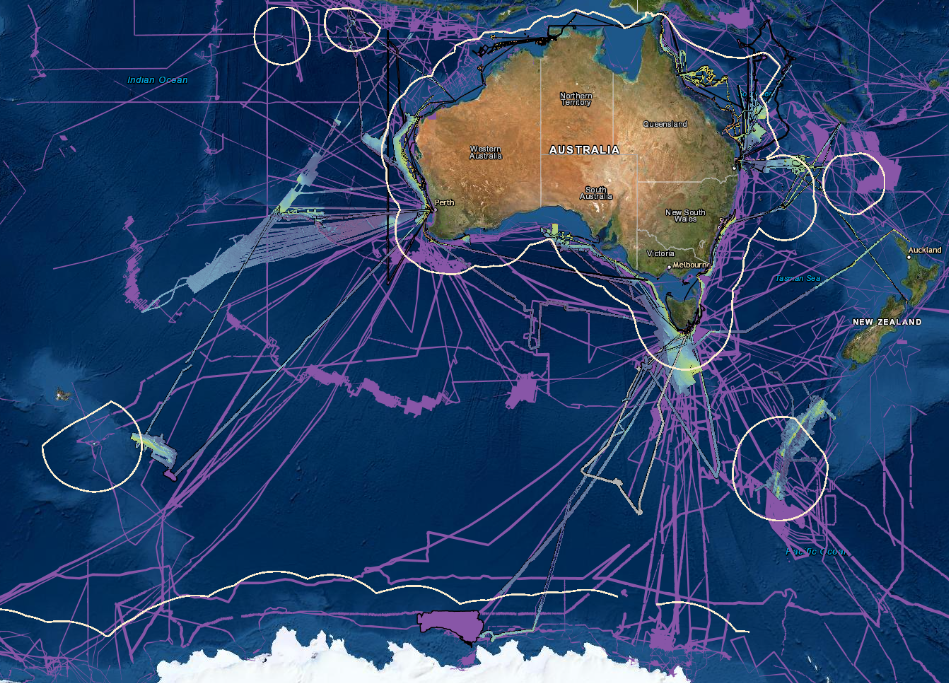 Seabed mapping data directly contributed $9 billion to the Australian economy and employed over 56,000 FTEs in 2018-19, a recent Geoscience Australia (GA) report has found.

This economic contribution was the result of marine industries and organisations using seabed mapping data to support navigation, exploration and research.

“Seabed mapping is a little-known activity, but for many key Australian industries it is critical to their formation and operations at sea,” said Dr Brendan Brooke, Director of National Seabed Mapping at Geoscience Australia.

“To better identify and quantify the value of seabed mapping data, GA commissioned Deloitte Access Economics to examine its value to the economy, role in managing the marine environment and the benefits it provides society,” Dr Brooke said.

“We also wanted to better understand the information required to realise the predicted growth of the blue economy and its role in securing Australia’s future.”

The blue economy focuses on achieving a healthy marine environment, a strong economy and a vibrant society by sustainably managing one of Australia’s greatest resources: our oceans and coasts. It is projected to be worth $100 billion per annum by 2025.

However, only 25 per cent of the Australian Exclusive Economic Zone has been mapped at a resolution suitable to inform government and business decision-making or to support sustainable management and use of marine resources.

To maximise the economic benefits of seabed mapping data, the report suggests:

AusSeabed has been working hard to meet some of these needs since its establishment in 2018. Led by Geoscience Australia, the national collaboration aims to make more seabed mapping data of the Australian marine estate readily and openly available.

“Today, we know about 17 million km2 of bathymetric data exist in the region — some covering overlapping areas but collected at different times. These are made openly available through the portal and represent an increase of 13.3% from 2019/20,” she said.

“We estimate that only about 25% of our marine jurisdiction, including Antarctica, is mapped. Only a fraction of this is available through the AusSeabed portal. so we are working on making the rest of the historical data available. We are also assisting with the coordination of new data acquisition to help map the remaining 75% of Australia’s seabed.”